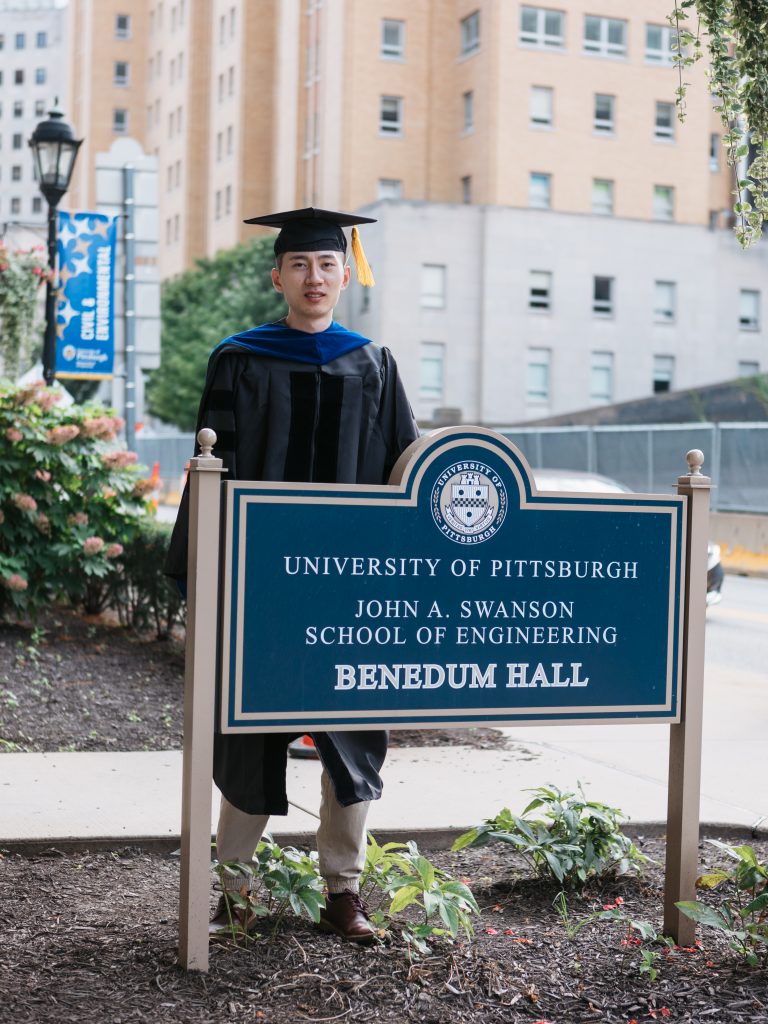 Bingchen is a Postdoctoral Researcher in Dr. Gebbie’s group starting from August 2021. He grew up in Shenyang, China, and received his B.S. in Applied Chemistry from Dalian University of Technology in Dalian, China. He then moved to the United States and obtained Master’s degree in Chemical Engineering from the University of Florida in Gainesville, FL. He received his Ph.D. in Chemical Engineering from the University of Pittsburgh in Pittsburgh, PA, where he focused on understanding the molecular structure of solid-confined ionic liquids and developing ionic liquid media lubricants for the hard disk drive industry under the supervision of Dr. Lei Li. To date, he has published over 15 journal articles and 1 US patent. In addition to research, he enjoys sports and traveling with his wife.